Filter and antenna designers have long appreciated the benefits of designing distributed high-frequency circuits using defected ground structure (DGS) layouts with different types of circuit materials. As the name suggests, a DGS is a circuit in which an intentional defect or interruption has been formed in the ground plane to realize distributed forms of passive circuit elements, such as capacitors and inductors. DGS shapes are often simple resonant u-shaped slots in the ground plane, intended to enhance the coupling of transmission lines or reduce harmonics. The design approach, which can be used with stripline and grounded coplanar waveguide (GCPW) circuits, is most often used with microstrip circuit designs. 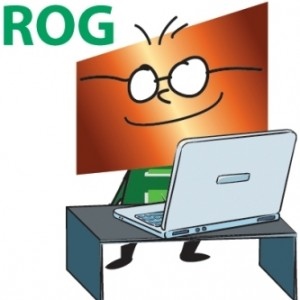 DGS circuit telements are useful, for example, as notch resonators to minimize spurious modes in RF/microwave filters. They are supported as design elements in many commercial computer-aided-engineering (CAE) software programs including in electromagnetic (EM) simulators, allowing engineers to import DGS elements to see their effects on otherwise conventional microstrip circuit designs.

DGS circuit technology is not new but has been in use for several decades, limited however where radiating energy may cause problems with surrounding components or circuitry. By careful selection of DGS shapes and circuit materials, the benefits of the technology are available without the radiation issues. Sufficient suppression is provided by the isolation of the prepreg dielectric layer and the second ground plane, without otherwise impacting the properties of the top-layer microstrip transmission lines or the resonant effects of any added DGS elements. The upper ground plane, which is the primary ground plane for the microstrip signal conductors, must be spaced sufficiently from the signal conductors so as not to act like a coplanar circuit structure.

Even simple DGS shapes can provide useful signal responses without requiring elaborate microstrip transmission-line perturbations. For example, an “H” pattern etched into the metal ground plane of a microstrip circuit board can be used to produce a stopband response at a frequency of interest. Variables such as the size and spacing of the “H” pattern will determine the frequency and depth of the stopband notch.

A simple opening etched in the ground plane, for example, can be sufficient to increase the impedance of a microstrip transmission line. DGS shapes include slots in the metal ground plane, dumbbells, and meander lines. Each shape differs in terms of its ratio of inductance (L) to capacitance (C), thus having a different impact on the properties of the microstrip circuitry.

To demonstrate the design approach, a stepped-impedance lowpass filter was designed and fabricated as a multilayer circuit consisting of two different circuit materials, with different dielectric constants (Dk). The top dielectric layer, with the signal conductors and first ground plane, was 8-mil-thick RO4360G2™ laminate from Rogers Corp., a low-loss, glass-reinforced thermoset material with Dk of 6.15 in the z-axis (thickness) at 10 GHz and design Dk of 6.4. The second dielectric layer, with the bottom ground plane, was 22-mil-thick 2929 prepreg material from Rogers Corp., material with a much lower Dk (design Dk of 2.9 in the z-axis).

The stepped-impedance lowpass filter, with voids etched into the first ground plane as DGS elements, made use of conductor widths and the two different Dk materials to achieve the impedance transitions required for the filter’s frequency response. Narrower conductors can achieve very high impedances with DGS whereas wider conductors are capable of lower impedances on the higher-Dk circuit material. Analysis of the multilayer stepped-impedance lowpass filter with DGS revealed that the use of two different Dk materials and DGS combined to provide a much sharper filter cutoff slope than a conventional microstrip filter design, with good suppression of spurious harmonics and deeper and wider stopband.

This filter is one example of how DGS can be applied to RF/microwave circuit designs. The use of microstrip DGS makes it possible to place transmission zeros in the filter’s forward transmission (S21) response curve. Placement of the transmission zeros can cause the filter’s stopband floor to be lower. But DGS circuits can be used to form delay lines and phase shifters, since shapes such as DGS slots slow even-mode transmissions, with energy propagating around the edges of the slot, changing the effective velocity of the wave and the effective Dk of the circuit.

Note: For more detail on the benefits of DGS in high-frequency microstrip circuits, don’t miss the author’s MicroApps presentation scheduled for European Microwave Week in Nuremberg, Germany at 2 pm on October 11, 2017. 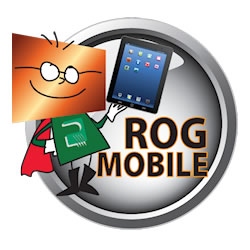