The Rogers Board of Directors is elected by the shareholders to oversee the management of the company and to assure that shareholder interests are being served. The Board has delegated certain authority to a number of standing committees, including an Audit Committee, Compensation and Organization Committee and Nominating and Governance Committee.

The Board is mainly comprised of outside, independent directors. It regularly meets in executive session, without the presence of Rogers’ management.

The Board and management both believe that managing the Company with a principal focus on long-term value generally promotes the best interest of shareholders, as well as other stakeholders and interested parties, including employees, customers, suppliers, Rogers' communities and the public at large. 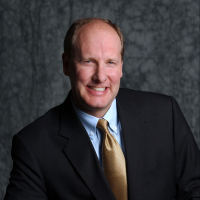 Mr. Bruce D. Hoechner was elected as President and Chief Executive Officer by the Board of Directors and joined Rogers Corporation in October, 2011, at which time he also became a member of the Company’s Board of Directors.

Mr. Hoechner has many years of broad leadership experience across numerous geographies, businesses and functions in the specialty chemicals industry with particularly strong international business expertise. For over ten years of his career he lived and worked in Asia — Singapore, Thailand and most recently, Shanghai, China. His Asian assignments were first with Rohm and Haas Company, for whom he worked for 28 years, and then The Dow Chemical Company after its acquisition of Rohm and Haas in 2009. While in Shanghai, Mr. Hoechner was responsible for a variety of businesses, most recently as President, Asia Pacific Region, Dow Advanced Materials Division. He has also led a number of specialty chemical global business units with wide-ranging operations in Europe, North America, Latin America and Asia. Mr. Hoechner holds a Bachelor of Science degree in Chemical Engineering from Penn State University and is a graduate of the Wharton Management Certificate Program at the University of Pennsylvania. Mr. Hoechner is also a director of Curtis Wright Corp. Keith L. Barnes has been a Director of the Company since October of 2015. Mr. Barnes is the CEO of Barnes Capital Management, a family investment office focused on technology investments in Silicon Valley and the Pacific Northwest. Megan Faust has been a Director of the Company since December of 2020. Ms. Faust is currently Executive Vice President and Chief Financial Officer of Amkor Technology, Inc., a leading provider of outsourced semiconductor packaging and test services.

She joined Amkor in 2005 and became Chief Financial Officer in 2016, after serving six years as its Corporate Controller. Before that, Ms. Faust served as an auditor with KPMG LLP for 10 years. Ms. Faust brings to the Board experience as an active senior executive in corporate finance and accounting in a global technology manufacturing company.

Ms. Faust is also a director for the Northern Arizona University Accounting Advisory Board. 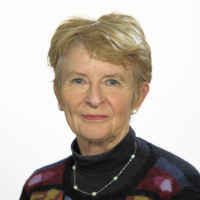 Carol R. Jensen, PhD has been a Director of the Company since February of 2006. Ms. Jensen is currently President and Principal Partner in Lightning Ranch Group, a privately held group of companies in ranching, real estate, technology consulting, energy and aviation.

Ms. Jensen previously served as a director of the Microelectronic Computer Corporation and the American Chamber of Commerce - Denmark. She previously held positions at The Dow Chemical Company, as Vice President of Research & Development of Performance Chemicals from 2001-2004. At 3M Corporation, she served as Executive Director of Research & Development from 2000-2001, Managing Director of 3M Denmark from 1998-2000, and Technical Director of 3M’s Electronic Products business from 1990-1998. She also worked for IBM Corporation, holding various positions in research, development, marketing and corporate strategy from 1979-1990. She was also an adjunct professor of Chemistry at the University of Texas, Austin from 1991-1994.

In these positions she gained experience in the electronics and Internet industries, the chemical and materials industry, and in research, marketing, development, manufacturing, sales, international business, governance and executive management. Her technical background and experience make Ms. Jensen a valuable member of the Company’s Board of Directors and a great resource to its management. 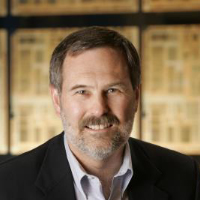 Keith Larson has been a Director of the Company since December of 2020. Mr. Larson served as a Vice President of Intel Corporation and Senior Managing Director of Intel Capital, Intel’s strategic investment and M&A group, until his retirement in April 2019.

He joined Intel in 1996, was appointed Vice President in 2006 and served as a Managing Director of Intel Capital from 2004 to 2018. Mr. Larson brings to the Board experience as a senior executive in strategic planning and corporate development in a large multinational, technology-oriented public company as well as his experience in corporate governance.

Mr. Larson is also a director of Northwest Pipe Co. and Reno Sub-Systems. Ganesh Moorthy, has been a Director of the Company since July of 2013. In February 2016, Mr. Moorthy was named President of Microchip Technology Incorporated, adding that position to the post of Chief Operating Officer, a title he has held since 2009. Microchip Technology Incorporated is a leading provider of microcontroller, mixed-signal, analog, memory and Flash-IP solutions. He served as Executive Vice President of Microchip from October 2006 to June 2009. From November 2001 to October 2006, Mr. Moorthy served as Vice President of several Microchip divisions. From June of 2010 to October of 2014, he served as a member of the Board of Directors of Hua-Hong Grace Semiconductor in Shanghai, China. He is also a member of the University of Washington’s Electrical Engineering Board of Advisors. Mr. Moorthy’s extensive background in a number of Rogers' key industries and his global expertise in business and technology leadership made him an excellent addition to the Board. Jeffrey J. Owens was appointed as a Director of the Company in August of 2017. Mr. Owens most recently served as Executive Vice President and Chief Technology Officer of Delphi Automotive PLC, until his retirement in March 2017. During his over 40-year career at Delphi, Mr. Owens served in a variety of technology, engineering and operating leadership roles. He served as President of Delphi’s Electronics and Safety Division, a position with international responsibilities.

Mr. Owens is also a director of Cypress Semiconductor Corporation of San Jose, California. Mr. Owens recently served as Chairman of the Kettering University Board of Trustees and is currently a trustee.

Mr. Owens’ global experience and leadership roles in innovation and technology, particularly in the areas of Advanced Mobility and Advanced Connectivity, make him an excellent addition to the Board. 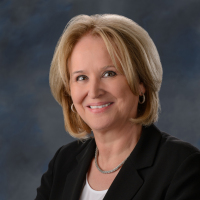 Prior to joining Coherent, Ms. Simonet spent over twenty years in senior finance positions at Raychem Corporation's Division and Corporate organizations, including Vice President of Finance of Raynet Corporation. Ms. Simonet has both Master's and Bachelor degrees from the University of Leuven, Belgium.

Ms. Simonet is a well-rounded executive with broad experience in both executive and financial management of a global technology manufacturing company, international business, mergers and acquisitions and strategic planning. This experience and her expertise in areas important to Rogers make her an excellent addition to the Board. Peter Wallace joined the Rogers board of directors on June 15, 2010. Mr. Wallace served as Chief Executive Officer and a director of Gardner Denver Inc., an industrial manufacturer of compressors, blowers, pumps and other fluid control products used in numerous global end markets until his retirement in January 2016.

Mr. Wallace is a director of Curtiss-Wright Corporation and a director and chairman of the board of Applied Industrial Technologies, Inc., both public companies. He also serves on the board of a private manufacturing firm engaged in packaging equipment and consulting services.

Mr. Wallace’s career has included senior functional roles in application engineering, sales, marketing and international operations. He has also served as Chief Executive Officer at three multinational corporations. This broad and extensive leadership and board experience is valuable to Rogers’ Board of Directors and to management.

View all contact options for Investor Relations, the Board of Directors and Shareholder Inquiries.